Hard disk motors for coping with the flood of data 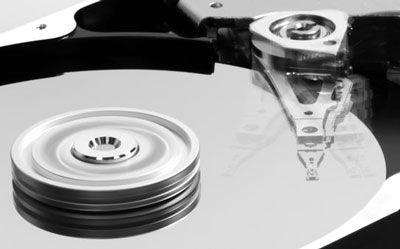 If you believe the IDC analysts, the worldwide generated digital data volume should increase tenfold by the year 2025. We are talking about 160 Zettabyte, an unimaginable number with 21 zeros. The engine development center PM DM Minebea deals with HDD motors, the long-term storage medium par excellence, and gives a prognosis for the future.

Whether autonomous driving or intelligent personal assistants, machine-to-machine technologies or the IoT (Internet of Things), data form the nervous system of a digital world. While end users, especially entertainment, have historically been the largest source of data generated globally, IDC (International Data Corporation) predicts a shift to business. As a result, you will generate up to 2025% of the global dataset in year 60. Today, this value is around 30%. The analysts agree that the big data era has long since started and the flood of data is approaching us. Technological progress will be critical in understanding how to capture and fully exploit the complexity of this huge amount of data. At the same time, data storage will play a fundamental role. 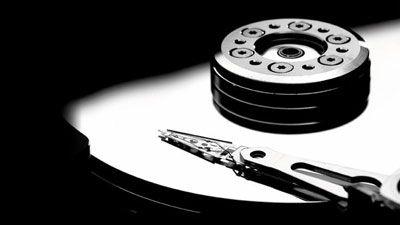 There are many ways to archive and retrieve data. In public comparisons, which medium is the safest and most suitable, whether SSD (Solid State Disc) or HDD (Hard Disc Drive), flash memory or USB, the cloud is indisputably in first place for long-term storage. Now, the cloud is not just any vapor-air mixture that floats above everything and soaks up data like a vacuum cleaner, but the cloud is a collection of servers at the heart of hard drives. Therefore, the comparison of hard drives with the cloud lags in the trade media a little.

Due to the price per Terabyte but also the average life of the memory of 10 years, SSDs are only partially suitable for long-term storage. The actual use of SSDs is the fast loading of data such as operating systems or other information, they ensure a fast data transfer. Obviously, the SSD has displaced the classic HDD for the end user in many computers and peripherals, which is only half the story. The supposed transfer does not take place in all areas. Larger amounts of data are finding their way to the cloud or NAS storage systems today, which is nothing but a collection of hard drives. In the discussion about the technical progress is not about balancing the solid state memory compared to the usual hard disks, but what roles the two storage media will be awarded in the future. Each one has its own place.

Demands on the drive increase

The good old hard drive, tried and tested for decades, tirelessly in use, is an essential long-term storage medium. The few hard disk drive manufacturers and their components, including the hard disk motor developer PM DM, are constantly evolving. The requirements for the drive, which are already at the limit of what is technically feasible, continue to rise.

A new recording technology should further increase the capacity of hard disks in the coming years. Microwave Assisted Magnetic Recording (MAMR) is expected to yield storage capacity of up to 40 TByte in a single 3,5 inch drive in seven to eight years. The technology HAMR (Heat-Assisted Magnetic Recording), which is being researched, also ensures an enormous storage space on hard disks. These disk types are primarily used as data storage for big data applications in servers rather than desktops.

Hard disk manufacturers are already investing huge sums for the future. The true value of the data is still massively underestimated today. The really exciting applications include data analysis, new business models, new ways of thinking, and new ecosystems in industries such as robotics and machine learning, and their potential for business and society. The analysts estimate that until 2025 just under 20% of data in the global data sphere will be critical for our everyday lives, just under 10% very critical. It is expected that every person in the world with Internet access interacts on average 4800 per day with networked devices and systems. The proportion of global data undergoing data analysis increases by the factor 50 to 2025 on 5,2 Zettabyte. A quarter of the data will consist of mobile and real-time data. The largest share comes from the IoT. The opportunities offered by the value of data to businesses are enormous, and will keep economic decision makers worldwide busy for decades.

For the engine development center PM DM in Villingen-Schwenningen, hard drive motors will remain one of the core businesses. Sooner or later, motors that meet the demanding requirements of the hard disk industry inevitably conquer further applications in which drives with a long service life and high precision are in demand.