Industry up to date

To measure the speed of its "Vpuremix" magnetic agitators, Armaturwerk Hötensleben GmbH for a compact solution for all sizes of the device series. Specially developed for this task Turck a magnetic field sensorwhich detects the exact speed of the mixing head in the container through the stainless steel wall. Thanks to a double execution Hall probe the sensor also detects the direction in which the mixing heads are moving. With just one sensor type, AWH increases the safety of the processes of all Vpuremix agitators.

The company has a very varied history Armaturenwerk Hötensleben GmbH in Saxony-Anhalt. Milestones from 1859 to the present show the whole of recent German history. The company originally started as a metal foundry and has been producing stainless steel components such as valves, fittings and connectors since 1992. In 2003 cleaning technology was added and later pig technology. For a short time now, AWH has also been offering its customers magnetic stirrers with the Vpuremix range. The magnetic stirrers, optimized for process reliability and sterility, are used in particular in the pharmaceutical, biotech and food industries. The users homogenize or suspend liquid media gently and efficiently and use them for heat exchange or concentration compensation. 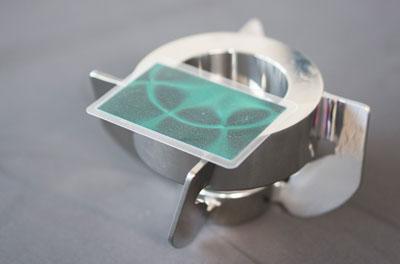 "To determine the stirrer output, we need information about the speed of the mixing head," explains AWH product manager Anja Hauffe. This feature is known in the industry as a speed sensor. In particular, if different speeds are used within a production batch, speed measurement is required on the agitator. This feature is therefore essential for most customers.

The mixing head is driven contactlessly through the container wall via magnets. So it made sense to determine the speed using the magnetic field. “We needed a sensor that could do this because the alternatives would have been very cumbersome. We wanted a sensor that we could integrate in the agitator and use for as many variants of the agitator series as possible, ”Ms. Hauffe clarified the requirement.

Magnetic coupling ensures the integrity of the container and product 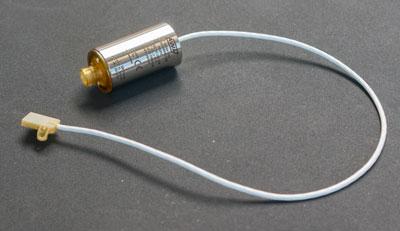 Permanent magnets in the drive unit form a magnetic coupling with magnets in the mixing head. This is so resilient that the mixing head can be driven through the container plate at up to 490 min-1. To assemble the agitator, the tank plate must be welded into the floor beforehand. Thanks to the magnetic coupling of the drive and the mixing head, the integrity of the container is continuously guaranteed despite the mixing processes. Sterility problems and possible contamination, such as can occur with conventional stirrers with shaft feedthrough, are thus ruled out. Only the mixing head and the ceramic bearing come into contact with the medium. They are designed and constructed in such a way that they can be easily cleaned without leaving any residue.

When looking for a sensor that could detect the magnetic field through the container wall, an off-the-shelf solution quickly came up. "We asked a number of providers, but there was nothing useful on the market," continues Anja Hauffe. So an individual solution had to be developed. AWH turned to the sensor and automation specialist Turck, with whom the company had already had good experiences.

Turck developed a sensor with a remote evaluation unit for the application. The actual sensor head can therefore be made very compact in order to integrate it at the top of the mixing head holder. There are two active areas in the sensor head, so-called Hall probes, which record the course of the magnetic field by means of an internal temporal signal offset. This means that not only the speed itself, but also the direction of rotation can be recorded. The sensor is parameterized to a target direction of rotation. If he later recognizes an inverted direction of rotation, there is a malfunction. The LED on the evaluation unit then lights up red and the control - depending on the user setting - also issues a warning message.

Process reliability through monitoring of speed and direction of rotation 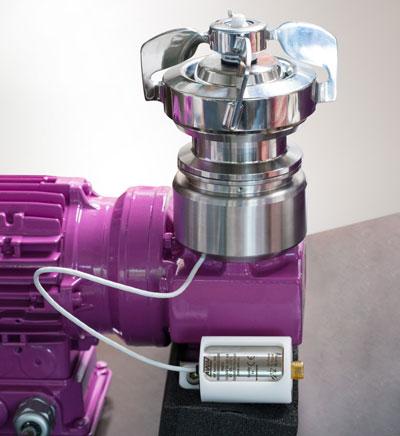 Not all customers need additional information such as recording the speed and direction of rotation. In special sectors such as the pharmaceutical industry, biotechnology, but also in hazardous areas, the detection of these two variables can increase the safety of the production process. The pharmaceutical and biotech industries in particular are required to set up, secure and document every process step without errors. An incorrect speed can quickly lead to reduced product yield and high financial losses. An undetected incorrect direction of rotation of the mixing head endangers the magnetic stirrer itself and could even lead to explosions in areas at risk of explosion due to electrostatic charging due to friction.

When designing the sensor unit, Turck benefits from his experience with robust IP67 products and the necessary know-how for potting electronics. An injection molding tool was specially created in which the sensor head housing is made from a special plastic. This small plastic part will later be completely potted with the electronics. The magnetic field sensors must be permanently and precisely at a specific angle to the magnetic fields. This is guaranteed by the encapsulation and the special design of the sensor unit, which can only be inserted correctly in the groove of the mixing head holder. This construction prevents the sensor from slipping. With other manufacturers, the position of the sensors is not fixed and can shift in the event of vibrations, which then leads to incorrect signals and malfunctions. 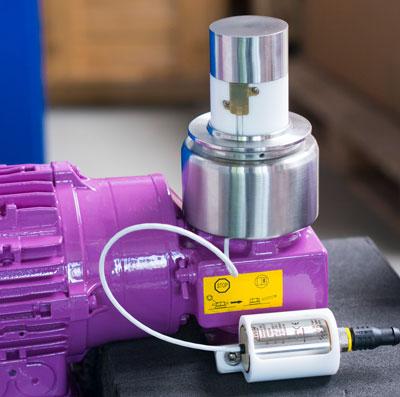 The remote evaluation unit is made of robust stainless steel and thus also protected against aggressive cleaning media. It has diagnostic LEDs that clearly show the status of the sensors. If, for example, the direction of rotation is incorrect, the operator sees the LED glowing red. Sensor head, connecting cable and evaluation unit can be operated continuously at ambient temperatures from -20 ° to +70 ° C. Sterilization (150 ° C) for up to 1 hour can withstand the sensor and cable. Use in potentially explosive areas with ATEX zone 2 is possible.

One sensor for all magnetic agitators

AWH manufactures Vpuremix magnetic agitators in nine different sizes, which are equipped with different numbers of magnets on the drive and mixing head. If the customer orders a mixer, AWH parameterizes the sensor via IO-Link. The IO-Link interface remains closed for the end customer. “The fact that we can cover all sizes with just one sensor is really practical. The software for setting the sensors is also very simple. Using a dropdown, I select the current agitator size. All other parameters are automatically applied via stored data records. With two to three clicks, that's done, ”says the product manager with conviction.

“I also think it's good to mount the sensor. The remote sensor unit cannot be damaged and, unlike other manufacturers, the evaluation unit is not made of plastic, but of stainless steel, ”concludes Anja Hauffe. 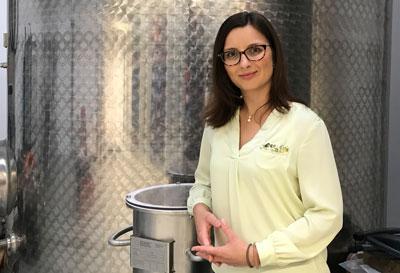 “Customers who ordered a Vpuremix magnetic stirrer for the first time were impressed by the quality and function. Many of them are plant builders and have preferred our magnetic stirrers since then and also recommend our stirrers to their customers in the pharmaceutical, biotech and food industries, ”says Ms. Hauffe.

The author Wolfram Stahl is a sales specialist at Turck in Mülheim an der Ruhr.