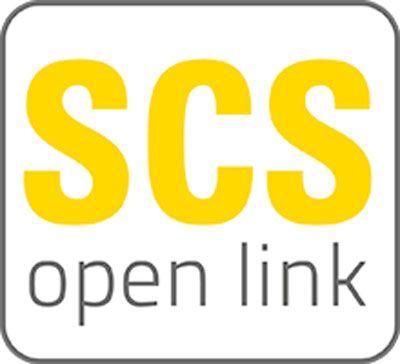 Baumer together with Hengstler and Kübler presented the open, standardized motor feedback interface in a joint press conference on Motek "SCS open link"First public. The new interface enables the high-performance exchange of bidirectional data such as position data of the encoder between motor and drive.

Baumer and his two companions see themselves as the initiators of a growing community. It is committed to the establishment of an open interface standard in order to enable drive manufacturers in the future greater flexibility in the selection of suitable for their application rotary encoder. A neutral certification ensures the compatibility of devices from different manufacturers.

In the servo drive market, there is a strong need for compatible motor feedback systems, more flexibility and a future-proof, non-proprietary standard. In summary, there is an urgent need for an open, secure single-cable solution. These requirements are fulfilled by the new interface SCS open link. In addition, the market trends with regard to increasing performance and functional safety would be sustainably fulfilled.

The term SCS open link is deliberately chosen. SCS stands for Single Cable Solution, a high-performance single-cable solution realized via 2 cores. Open stands for a non-proprietary, open interface that promises a proven, certified standard. Link underlines the meaning as a motion protocol for the connection between rotary or linear motor feedback encoder and the controller. The high importance of safety is documented by the suitability of the interface for applications up to SIL3 / PLe. The new interface is also characterized by a transparent licensing model that ensures its openness with regard to potential other providers.

With this open interface, the focus is on a future-proof and clear regulation of the rights of use and the possibility that the three founding members are fundamentally positive about the expansion of the sensor-manufacturer-circle. A central point is the high flexibility offered by various encoder manufacturers and the simple implementation of SCS open link on the basis of a microcontroller, which ensures a high degree of innovation both at the machine and engine level. The SCS open link is based on the interface "Acuro link" developed by Hengstler, which will no longer be available. It is completely backwards compatible.

SCS open link is designed as a one-cable solution and supports 2 and 4 wire applications. The new interface enables cable lengths up to 100 m, transfer rates up to 10 MBaud and controller cycles up to 32 KHz. For functional safety, the protocol is certified to SIL3 and category 3. Compatibility between devices is ensured by a neutral certification authority. Thanks to extremely fast data transfer, SCS open link provides drive systems with extremely high resolution and accuracy, as well as smooth running and good concentricity.

The merger of three well-known encoder manufacturers is an absolute novelty, in which the meaning of the term community is at the center. The range of SCS open link capable sensors and market development is driven by each member separately. Due to the possibilities of transmitting further data from secondary sensors, for example for temperature monitoring or condition monitoring, SCS open link also fulfills the current and future requirements of Industrie 4.0 and IIoT.