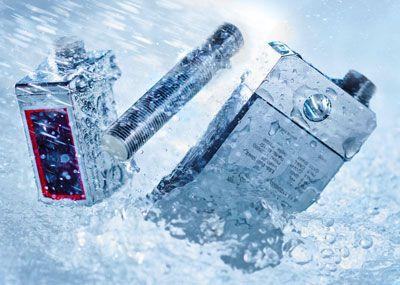 Harsh environmental conditions and regular cleaning cycles often expose sensors to outdoor, sanitary and washdown applications. The IP protection classes IP 68 and IP 69K ensure that they can withstand these demanding conditions - tested in new condition. But what happens during the many years of hard work in the field? With "Protect +"has Baumer a solution to this challenge.

The sensors for object recognition such as optical or inductive sensors as well as sensors for force measurement have been developed according to the special Protect + design guidelines with special materials. The resulting tightness is additionally verified by a particularly stringent test procedure that the sensors undergo. The test series first simulated the aging effect sensors with thermal shock tests in the air and in the water and then the IP and IP 68 69K be carried out tests. Thus, sensors with Protect + guarantee maximum tightness over the entire life cycle. The insights gained from working in partnership with customers who operate machinery and equipment in extreme conditions are incorporated in the ongoing development of design guidelines and production processes.

So was among other things the Strain sensor DST55R designed for force measurement especially for harsh applications in mobile automation. Thanks to their intelligent design, the use of resistant materials and the well-thought-out sealing concept, the strain sensors are long-term insensitive to moisture and dust. Despite harsh environments and many cleaning cycles, the sensors provide reliable lifetime measurements thanks to Protect +.