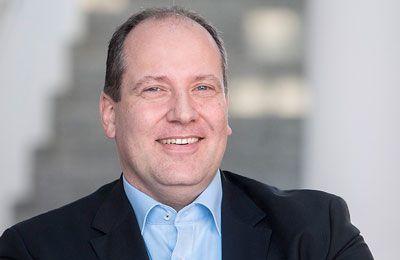 With respect to newly installed nodes in factory automation, Industrial Ethernet has overtaken traditional fieldbuses. This is the main insight of our annual study of the market shares of industrial networks.

Industrial Ethernet networks have been growing faster than traditional fieldbuses for several years and have now overtaken the latter. With a growth rate of 22%, Industrial Ethernet now has a worldwide market share of 52%, compared to 46% in the previous year. Ethernet / IP has become the most widely used network with 15% market share, followed by Profinet, Ethercat, Modbus TCP and Ethernet Powerlink.

We followed the development closely and the transition to Industrial Ethernet was foreseeable, but only now has it overtaken the fieldbuses in the number of newly installed nodes. Essential drivers for Industrial Ethernet are the need for high performance, the integration of factory installations and IT / IoT (Industrial Internet of Things) systems, and generally the IoT. 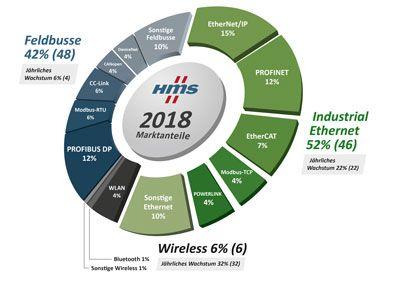 Thanks to a strong industry and cyber security concerns, fieldbuses are still growing slightly. Nevertheless, although fieldbuses have grown slightly with a growth rate of 6% (previous year 4%), it can be assumed that the number of fieldbus installations will steadily decrease over the next few years. The dominant fieldbus is still Profibus with 12% global market share, followed by Modbus RTU and CC-Link with 6% each.

Radio technologies grow by 32% (previous year also 32%) and make up 6% (previous year also 6%) of the overall market. Within wireless, WLAN is the most widely used technology, followed by Bluetooth. Wireless is increasingly being used by machine builders and system integrators to implement innovative automation architectures. Users can reduce cabling overhead and implement new connectivity and control solutions, including Bring Your Own Device (BYOD), which uses tablets or smartphones. 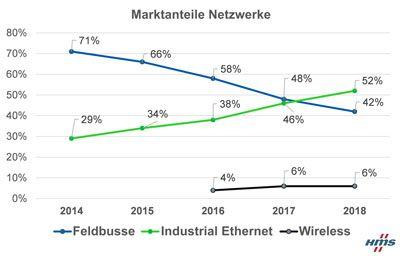 A peculiarity of this year's study is that HMS can look back on 5's years of steady growth in industrial networks. We conclude that in the year 2017 Industrial Ethernet has finally overtaken fieldbuses in terms of market share. It is interesting to see that Industrial Ethernet has outstripped traditional field buses and currently accounts for 52% of the market, with Ethernet / IP establishing itself as a leading network.

Nevertheless, our study also confirms that the network market remains fragmented - users continue to ask for connectivity to a variety of different networks, depending on the application. Looking to the future, it becomes clear that industrial devices are increasingly interconnected by the IoT and Industrie 4.0. In our view, we are well positioned to grow with these trends. As our claim 'Connecting Devices' already says, that's exactly what HMS is all about.

Database:
The study includes estimates of HMS for 2018 based on newly installed nodes in 2017 factory automation. A node is defined as a machine or device connected to an industrial network. The numbers are a consolidated view of HMS based on its own sales statistics, its peers' views on the industry and the overall perception of the market.