Through the jungle of the terminology of the Internet of Things 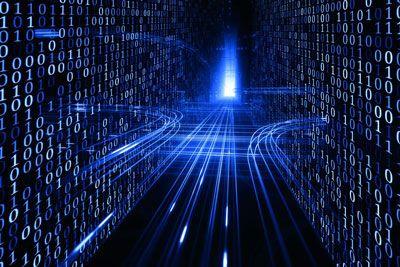 No matter in which area, be it in the industry, consumer electronics, smart cities or smart homes, the term IoT has long been around. The use of the term has risen inflationary. But what are we talking about? Minebea Mitsumi leads through the jungle of the terminology of the Internet of Things.

Are we talking about a concept, a technology, or a generic term for applications when talking about the Internet of Things? When terms such as the "Industrial Internet of Things", "Industry 4.0" or "Industry of Things" come into play, it is important to relate the names and their definitions to each other. Next pitfall in the IoT jungle is the language barrier. In English-speaking countries, the terms are sometimes used differently than in the German-speaking, so you can rarely be sure whether everyone actually speak of the same.

The IoT is rapidly changing our living and working conditions. Networked devices, objects and machines are part of everyday life and are no longer a dream of the future. We owe the developments to the advancing technologies in the radio and network technology as well as in the sensor technology, without which the increasing networking would not have been possible.

Over a billion Google search results

From sensor technology comes the name of the phenomenon: Technology pioneer Kevin Ashton, born in Birmingham, worked at the Massachusetts Institute of Technology on international standards for sensors and coined the term Internet of Things in the context of RFID (radio-frequency identification). For 1999, the term was first used by Ashton, but of course the idea of ​​connected devices was much longer. Numerous essays follow the IoT tracks even back to Nikola Tesla. The term itself has been used in mainstream media since 2003. If you google "Internet of Things" today, you will see incredible 1.370.000.000 hits.

But how should a single term meet the countless new applications and technologies? Of course not. And so in the course of the last few years, a large number of other derivations and references have formed. Industry 4.0, Industrial Internet of Things, "M2M (machine to machine) Communication", "Industrial Internet", "Web of Things", "Internet of Everything", "Embedded Internet" and "Industry of Things" are just a fraction of resulting concepts. Basically all terms are based on the same idea: the networking and automation of devices and machines. However, they cover different areas and set different priorities. One of the most important areas is undoubtedly the industrial sector. 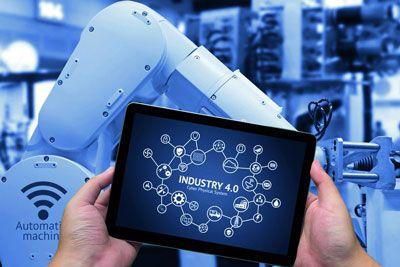 In Germany, the term industry 4.0 is predominantly used. This goes back to the research union of the German Federal Government as well as a project of the same name and a research platform. In English-speaking countries we often find the term Industrial Internet, but Industry 4.0 is also mentioned in the context of the fourth Industrial Revolution (cf. IoT for all). The same thing is more or less the same with all: the digitization of production through robotics and sensors, the emergence of smart factories, but also the paradigm shift from centralized to decentralized production structures. It is not about individual production steps, but about optimizing the entire value chain. This not only extends to the completion of a product, but also to maintenance and, as a last step, to recycling.

Terms such as Industry of Things and Industrial Internet of Things were derived from the IoT in this context. This makes it clear that a demarcation to the conventional IoT term is necessary.

An attempt has already been made to justify the distinction by the different requirements for the IoT and the Industrial Internet of Things (IIoT) (cf. Digital economic miracle). In industry, standards and quality standards must be respected. The best example is the automotive industry and its new IATF 16949 standard. In addition, security holes in the industry are more devastating than the failure of the lighting control in the smart home, for example. However, this distinction can no longer be upheld when it comes to smart cities or autonomous driving. The security requirements are essential and relevant in all areas of the IoT.

Another distinction that is circulating in the art is based on the thesis that the IoT is generally designed for interaction with humans, whereas in industry pure M2M communication should be realized (cf. The Unbelievable Machine Company). You could also use the distinction quite appropriately. Call comfort. The IoT would therefore be a consumer-oriented technology compared to the IIoT and we inevitably think of smart appliances. But even this approach can not be stringent durchexerzieren, because in the ideal smart home concept, the terminals communicate as far as it goes independently and completely without the help of the residents. And at least the Smart Cities make this distinction fail again. Smart LED street lighting is clearly about efficiency.

The IoT is not a closed concept or a single technology, but brings together many applications. The delineation difficulties presented above suggest that we see the IoT as a kind of generic term and move up a "hierarchy level". This gives us a term that is increasingly difficult to grasp because of its numerous varieties and variations. For many, as intangible as what he describes: a global infrastructure based on real-time data transfer that revolutionizes all areas of life. The Minebea Mitsumi subsidiary Paradox Engineering predicts: By 2020, there will be 200 billions of networked properties - 26 properties per capita, worldwide. Therein are unprecedented opportunities for cities, for industry and for end consumers.