Development of integrated stepper motor drives up to industry 4.0 capability 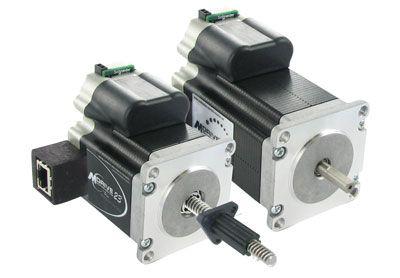 Since the turn of the century is the registered trademark "MDrive"The term for integration of controls in stepper motors. While the time was ripe for the idea of ​​integration, there were already parallel developments on the market, but IMS (Intelligent Motion Systems) Inc. was the first company to offer stepper motors with direct-mounted controller and controller in series with Mdrive. Today, the distribution partner looks koco Motion back and presents the current state of development of small, networkable stepper motors.

Although the third generation of Mdrive integrated stepper motor drives is already on the market today, most variants of the first generation are still state of the art. In recent years, the developers have not only further developed their variety for a wider range of applications, but they have made this particular fit for the change in industrial production. Starting with the simple clock / direction control right up to the high-tech motion control system with high-resolution microstep, fieldbuses and I / Os, the Mdrives are today capable of industry 4.0 and are therefore optimally equipped for the future. But back to the beginning:

How it all began 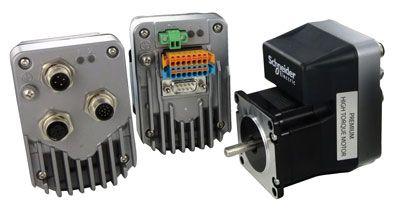 Once upon a time there was a garage in Connecticut, more specifically the garage of David Coutu, who was an engineer at General Electric. The task was to develop a controller for the GE robot drives. As a result, the developer presented a miniaturized control module that has not been so compact on the market. Because the development was so promising, the engineer decided in 1986 to market this stepper motor control himself and founded the IMS (Intelligent Motion Systems) Inc. Three years later, the garage was too small for the now six employees and the young company moved to new rooms. Also in the year 1989 David Coutu got to know his future partner Gerhard Kocherscheidt, today managing director of Koco Motion GmbH. He bought control modules from IMS via an American colleague. This was the beginning of a business cooperation on a friendly basis, before David Coutu and Gerhard Kocherscheidt founded a European distribution center in IMS Europe with IMS Europe GmbH in the year 2001 for the IMS products in Villingen-Schwenningen.

Among the products to be distributed was the first generation of integrated products Stepper motor drives "Mdrive" with specially developed, application-specific integrated circuits, so-called ASICs (application-specific integrated circuit). The Mdrives, which can be synchronized to each other in the 64 section in the party mode, allowed the construction of very compact machines and apparatus. They have been used thousands of times in Germany since their introduction.

In addition to a strong hybrid stepper motor, the drive includes a powerful, fully programmable controller with onboard inputs / outputs, a powerful microstep drive with up to 256 microsteps / full step and an integrated encoder for "closed loop" operation. The hardware-based system "HMTechnology" (HMT) implements the "closed-loop" function. This servo-like control prevents the stepper motor from falling out by downshifting the speed, thus preventing unexpected jamming in the event of overload. The combination of performance and ruggedness allows for a large number of distributed automation operations. The integration eliminates not only the problems with the cabling of the motor and control, but also the required hardware and installation effort. Reduced or completely eliminated EMC problems with regard to susceptibility and disturbance radiation also result from the integration. Interfaces for common industrial protocols were the RS232 and RS485.

In the year 2006, the second generation of integrated stepper motor drives Mdrive came on the market. It was equipped with a new ASIC, which included both the basic microstep control modules and the motion controller and a fully programmable RISC (Reduced Instruction Set Computer) processor core. 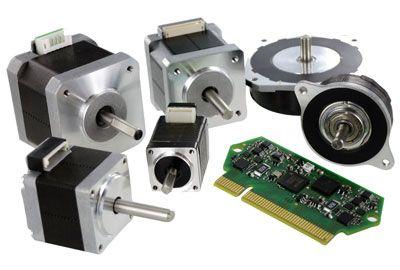 By completing this long-term strategic ASIC development, the controls of the integrated Mdrive drives have been improved and simplified. This allowed a very small design for the entire system, a large number of variants with a manageable number of components and a simple production and assembly for short delivery times. The series were supplemented by variants with built-in power supplies for direct operation of the 120 V / 240 V AC network and were therefore available for the packaging industry and mechanical engineering.

The development of the Mdrives has been continuously continued: functions have been expanded, interfaces and analogue and digital inputs and outputs integrated. The stepper motor systems with rotating shafts were soon supplemented by integrated linear axes.

In the year 2008, the Schneider Group has bought the American company IMS Inc. and since then operates under Schneider Electric Motion USA. IMS Europe GmbH was renamed Koco Motion GmbH. All distributors remained as sales and consulting service providers for the IMS products.

In the following years, more and more users demanded network-capable motors to further automate production and meet the evolving industry's 4.0 implementation. So in the year 2013 came the 3. Generation on the market - for the first time under the Schneider label "Lexium Mdrive "(LMD), Today, the Mdrive and Lexium Mdrive drives leave nothing to be desired, offering thousands of possible variations:

The integrated drives are available in very compact form in the flange sizes Nema 14 to Nema 34. The versions in Nema 17, Nema 23 and Nema 34 are with the most robust M12-screw Provided. So they become the Lexium software suitejust. The machine builders have long been waiting for these explanations, because harsh environmental conditions have so far offered no alternative. 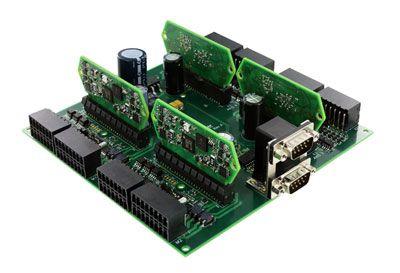 The drives certified for CE, Rohs, Reach, ISO 9001 and ISO 14001 offer torques up to 7 Nm on the motor shaft and they are also optionally available with gearbox. Stepper motors with high-torque option offer up to 50% more torque in the size Nema 23. The high-torque motors require the same space as motors without this option. Such torque motors are used, for example, in the 3D Printer, where they precisely move the three axes. Or it can be accurate delivery movements in the format adjustment, for example, in printing machines, woodworking machines and "pick and place" applications implement.

With the user-friendly "Lexium software suite"Lexium Mdrive drives can be easily parameterized or programmed for all electrical interfaces. Of course, the controllers and controllers are also available separately in different designs for users who have no space behind the stepper motor.

In the recent development "Lexium Motion Module" the user will find a powerful, programmable controller with H-bridge driver. This ultra-compact module offers the flexibility of a chipset with the performance and specifications of the Lexium Mdrives, including an Mcode programming language: this includes ultra-compact design, up to 48 VDC, 1,5 A continuous current (2,1 A tip), 4 I / O connectors Inputs, 3 outputs + encoder input, fully programmable motion sequences, a standard PCI Express Card connector as well as a development board for 1 to 4 axes with starter kit.

With all these equipment features, the integrated stepper motor drives with separate controllers and controllers are among others for hundreds of different applications in the fields of medical technology, packaging technology, equipment and apparatus construction, automation, mechanical engineering - fast and expert advice included. All versions of the Lexium Mdrive have a 4 year warranty.Another contribution of the manufacturer This e-mail address is being protected from spambots To display JavaScript must be turned on!