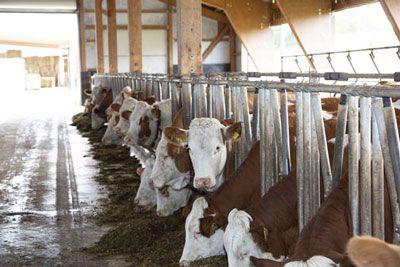 Innovative high-tech applications and state-of-the-art sensor technology would probably have been the last thing in the cowshed before 20 years ago. However, this traditional image of agriculture has long been outdated. Farms are in some ways similar to industrial companies. Today, almost every fifth cowshed in Germany has jumped on the bandwagon of digitization. There may be the BLDC motors by Minebea Mitsumi PM DM not missing. 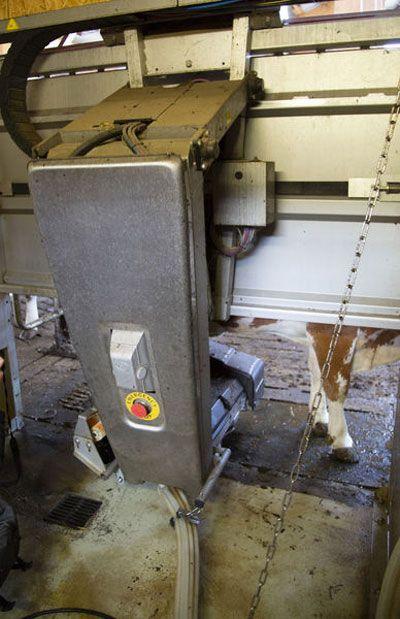 Robots milk cows, map drones Fields and sensors measure the nutrient content of the soil. This is what process optimization in agricultural companies looks like. The Federal Ministry of Food and Agriculture has already set up a twelve-point digitization plan for 2016. Dairy farmer Friedrich Bürkle and his family have built a digital flagship farm in the Ursental valley in Baden-Württemberg over the past six years. In addition to a two-year, intensive planning phase, he has invested around one million euros in his automated yard. At first, the Bürkle family was faced with a lot of skepticism. "Many people thought I was crazy at the beginning," says the farmer. But today most of the skeptics are convinced about the project "Digital Cowshed". Often the farm was already in the media, on the radio and on television. The interest in agriculture 4.0 is great and the demand for automation technology is growing. Farmer Bürkle previously worked for 30 years at the engineering company Arburg. For him, automation, machine networking and data processing were not new territory.

80 dairy cows are fully automatically milked and fed on the farm. The cows can move freely to the milking robot. This always knows exactly which cow is currently on site for milking. Even before the milking arm starts, the udder is cleaned, which looks a bit like a massage and visibly pleases the animals. Using a laser scanner, the milking robot finds the exact position of the udder in each cow. During the milking happens in the background, then much more. For example, the temperature, color and thus the quality of the milk are analyzed. The cows have their courses to the milking robot largely in their own hands. Of course, there are certain windows of time, which the stable-dwellers have already fully internalized.

When feeding, the modern farmer relies on automation. The feeding machine runs up to eight times a day on fresh food. The motto is: rather small, and for fresh portions. If the farmer had to feed by hand earlier, the time was only once a day. Here, of course, a larger amount was spent, which was then very long even at hot temperatures. The feeding robot drives independently along the trough at regular intervals. In case of problems, the device calls on Bürkle's mobile phone, which can track via an app in real time, where the problem lies. Via Bluetooth, the feeding robot transmits information about the weight of its load and about the need to assemble it to the filling station, which also works completely automatically. The big advantage: The composition of the feed can also be programmed differently for different cow groups. The feeding machine can also scan the existing feed of the cows and fill them up as needed. This is especially useful in summer, when the cows need less food at high temperatures. Thanks to modern technology, farmers can not only save time, but also feed costs.

Friedrich Bürkle's calves also get their milk fully automatically. Every three hours a feeding arm departs the young animals and the farmer can control exactly how much and how fast each calf drinks. Of course, there are many other data that could be collected in the future. Especially in the first 40 days the development of the calves is crucial and certain vital data could provide information about the future development. 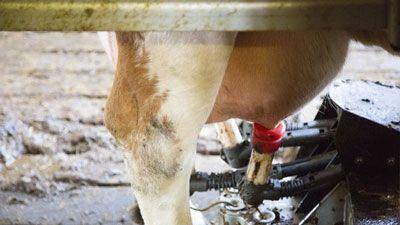 With an app or screen Bürkles can learn a lot about every single cow. All cows wear a choker with a chip, which records the activity and movement of the cows, the respective amount of milk and the rumination behavior. So farmer Bürkle always knows exactly which cow may have stomach problems, which cow is about to oint soon or calves. Even if a cow was not milking, can intervene directly and be looked after the animal.

The two-time transition to the stable per day is by no means replaced by the robots. But Friedrich Bürkle can now focus more specifically on his cattle. Asked if the relationship with his cows has become more impersonal through automation, he dismisses it: "Every farmer has a very close bond with his animals, giving them names and building relationships with the animals. During the daily milking I was mainly concerned with the cow's udder, now I can devote myself to the whole animal. "His cows should have it well at any time of the day:" In our barn, there are no dead ends for the cows, if they are higher Animal must dodge. Self-determined milking also makes animals feel measurably better. "

The animals are healthier in the fully automated stable and around 10% more efficient in milk production. With such high investment amounts, of course, efficient management is also required. At any given time, Friedrich Bürkle knows exactly what the production of a liter of milk costs. The farmer's profession is increasingly evolving towards data managers. 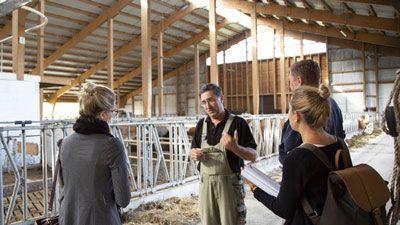 The market, which was created thanks to the developments in agriculture 4.0, is growing steadily. The engine development company PM DM in Villingen-Schwenningen is developing brushless DC motors, which are also used in automated milking, thereby supporting the process and docking of the milking arm to the udders. The control cylinder and other components are developed and built by the automation expert Festo in Esslingen.

PM DM, a subsidiary of the Minebea Mitsumi Group, has been developing this market for years. The motors are exposed to enormous environmental requirements in this application, contrary to other industrial engines. With the "BLDC65" and a targeted selection of materials all requirements and above all the service life specification could be fulfilled. So the modified engine in almost daily continuous use is the "powerhouse" in the system. The production of brushless DC motors for agriculture has risen sharply in recent years.